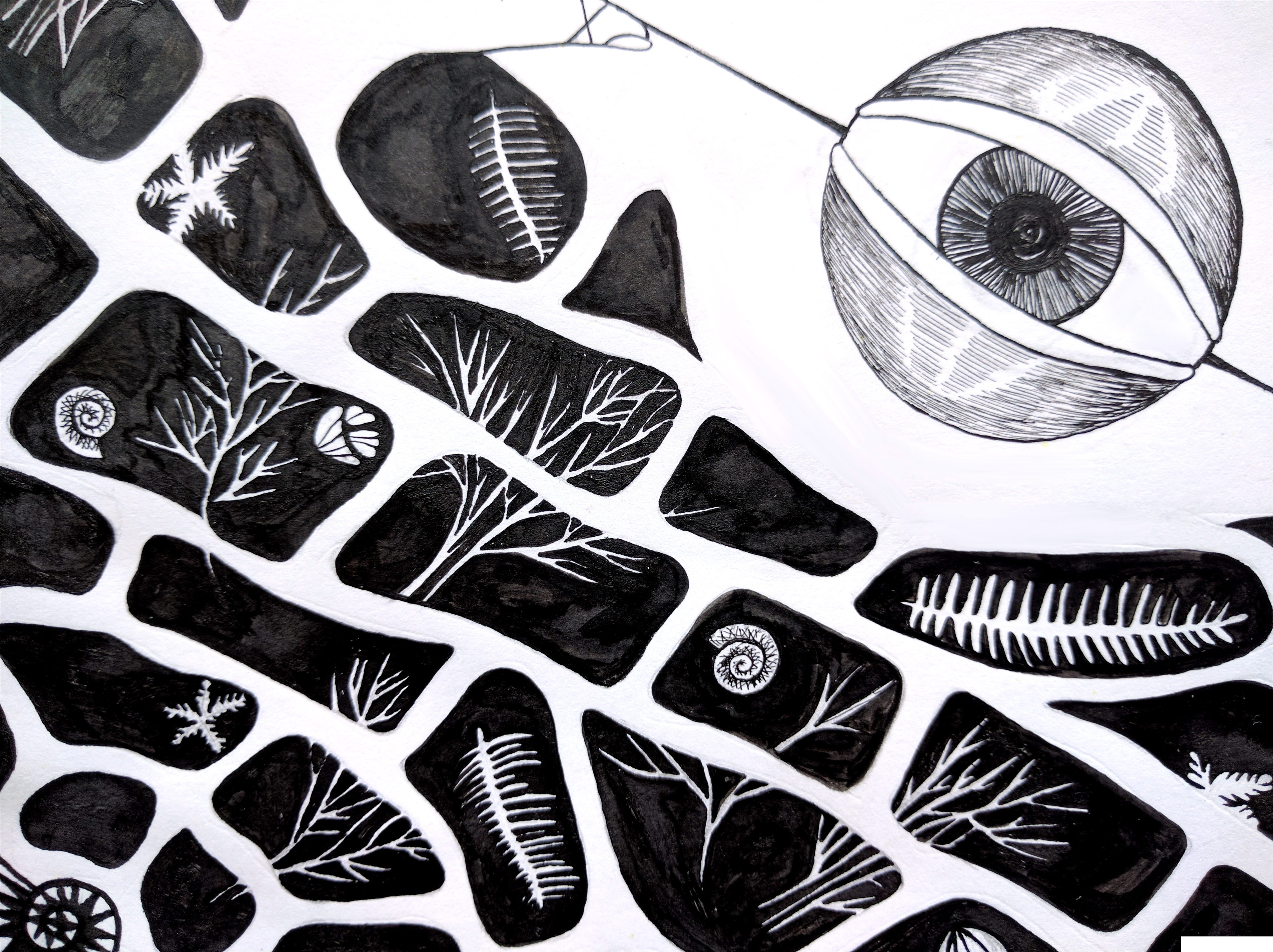 “It must be pointed out that just as the human body shows a common anatomy over and above all racial differences, so, too, the psyche possesses a common substratum transcending all differences in culture and consciousness. I have called this substratum the collective unconscious. This unconscious psyche, common to all mankind, does not consist merely of contents capable of becoming conscious, but of latent dispositions towards certain identical reactions.”

Explanation: Collective unconscious refers to structures of the unconscious mind which are shared among beings of the same species. This collective unconscious does not develop individually but is inherited. It consists of pre-existent forms, the archetypes, which can only become conscious secondarily and which give definite form to certain psychic contents.

Connection: The eye is the collective unconscious, hands are our unknown psychic instincts, which are inherited, bugs are our fears and lizards are wisdom.